FOR THE SAKE OF THE LITTLE ONES! 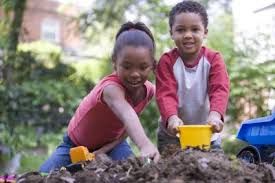 Hello Esteemed Reader!Thank you so much for staying with us during our brief blog break and being here again to see what we have for you! Actually, it was a needed pause to get organized and ready to share great stuffs and insightful things with you as usual. It’s a new month and I want to specially appreciate all dedicated readers who have been following the lifestyle, personal development and human relationship series. Many thanks to all who gave feedback in the comment section too!

Today, I will be talking about children, adults, and how the actions of grownups corrupt, stain and maim the innocence of childhood, scarring them for life. This is an important topic to talk about because majority of adults do not know how their behaviors and even interactions with these young ones either mold them for a sound future or mar them in major ways. Even decisions we make with our own lives as adults, with respect to these little ones, have a big role to play in how they grow up to see the world and live in it. Imagine a child whose parents are alcoholics and always at loggerheads, or whose parents are never at home but always busy, leaving them with just anybody for as long as possible even on weekends, would such find it easily to believe in a loving, peaceful, available and functional family? The answer is NO.

It is no news that majority of those caught up in various addictions, moral decadence and several vices reported to have come from a broken or ungraceful homes. These kids in search for some sense of calm fall victim to peers who lure them into drugs with the promise of ecstasy. The problem with this is that it never seems to be enough as it doesn’t deal with the root cause of their despair so such an individual ends up wanting more and more to fill the ever present vacuum within them. 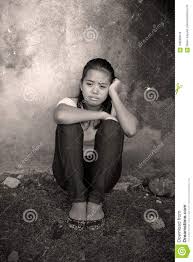 Children who grow up in dysfunctional families end up being so affected emotionally and psychological that if care is not taken, they eventually have dysfunctional families of their own in future, thereby continuing the endless cycle of abuse and hurts. Some children are so broken in their mind and emotions by virtue of their upbringing that they end up being insecure adults, incapable of adding value to the society.
How do we intend to make the world better when we do not deal with the smallest but most important unit which is the family? How do we intend to have a generation of emotionally balanced and stable individuals, capable of making sound and positive decisions for themselves and their own families when they eventually have one? If anything, we need to pay attention to the mental health of children because hurt children end up becoming hurt adults who end up hurting their own children and anyone around them, including their spouses and the cycle never ends!

Children come into this world as pristine and innocent creatures void of any guile. But as they gradually grow in this world, experiences cause them to become tainted, soiled and stained due to physical, emotional or verbal abuse, neglect from parents, bullying at school, favoritism amongst siblings and comparison among peers. Soon, the hitherto unsullied one becomes burdened by feelings of inadequacies, inferiority complex, timidity etc. For some, things like anger and rebellion burst forth within them as a way of revolting their stolen innocence, while for others, they remain in their complex unable to leave their shell and ever believing they are not good enough. Some of these children never find healing even as they progress from the adolescence stage to adulthood. This is the unfortunate situation we find ourselves in and which must stop for us to have the healthy and better society we all crave for. 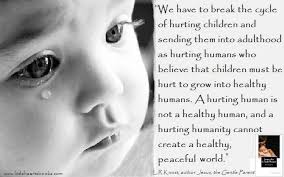 See also: Favoritism can ruin the relationship in the home

One thing I suggest we do is to PAY ATTENTION TO THE LITTLE ONES! They are the building blocks of any generation and we must be careful not to hurt them. In fact, each person must make it a point of duty to do their best in protecting the innocence of these ones and fighting for them whenever they are being trampled upon or denied of their rights. It is not a difficult task if we consider what is at stake. All hands must be on deck to rid the society of all that causes hurts and pain. Let us align ourselves with the reality of what is happening around us and take conscious steps to sow positive seeds! I assure you, you won’t lose your reward! As for those who offend and hurt these little ones, they also will most certainly have their just reward! 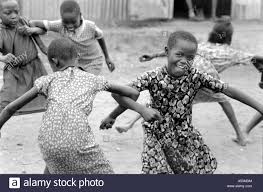 Less I forget, parents, teachers and guardians have a very big and direct role to play in the lives of their children, students and wards. It is important that they understand the behavior and unique needs of a child, and be available to give proper attention and necessary care and guidance. Also, children should be praised accordingly and good relationship amongst their siblings and peers should be encouraged. This will help them build a healthy self confidence.

Although, some people still blame their upbringing for the problems in their adult lives, some others have refused to allow their difficult childhood shape them, instead they have emerged survivors of a decaying society. This is not to say that children’s development and survival in the midst of a hurting world should be left to chance. No. It is rather an encouragement to anyone out there who is hurting, that all hope is not lost and they can still arise from whatever broke them down as kids and recover their real lives and true self.

Till you read from me again and beyond: watch out for the little ones!!!

For advert placement or inquiries, kindly send a message or call